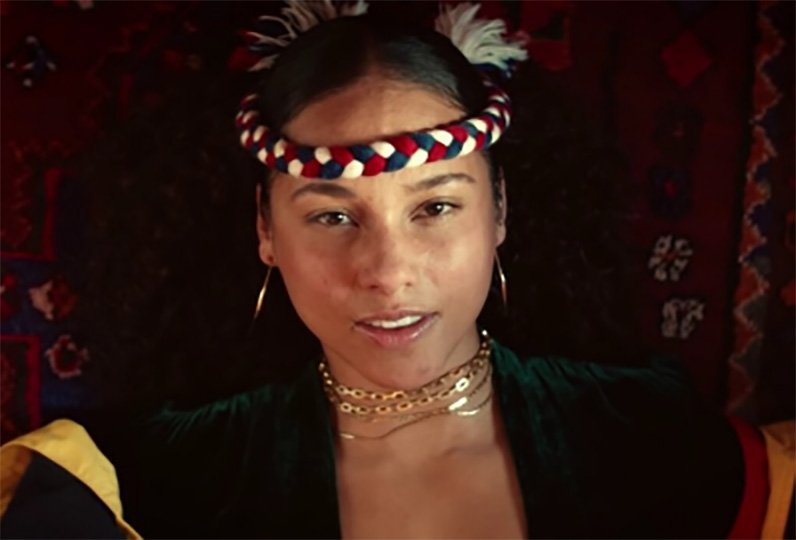 Alicia Keys unveiled the new video for her latest song “Raise A Man” [co-written by Larrance Dopson] on Friday (Feb. 22).

The one-shot video features Keys performing the song in a warm, intimate studio as the camera pans to reveal a small crowd of some the Grammy host’s closest friends. Wearing a braided headband and vintage, colorblocked Tommy Jeans jacket, the singer later steps away from the piano to dance with four-year-old son Genesis.

To announce the video, Keys took to social media to reveal what was behind the new visual’s good vibes.